„During Kristallnacht, my father and I were arrested in our apartment and immediately taken away. We heard that the SA-men wreaked havoc in our apartment afterwards, but the new owner put a stop to the destruction because he wanted our things. He kicked out my mother. She left the apartment with two suitcases and went to the Markstein family at Brigittenauer Lände.

My father and I were locked up in the school on Karajangasse, where I had attended grammar school. In the evening they assigned us letters: A, B, C, D. My father was ‘D’ and I was ‘A.’ We could have easily swapped. ‘D’ stood for Dachau, but we didn’t know that. Nothing would have happened to me if we had stood the other way round because they were still letting people go if they were under 17, and I wasn’t 17 yet.

„…and asking whether we wanted to bury him in Vienna.”

Of course our store had been Aryanized, and my mother immediately made efforts to find a way for us to escape. We would have probably fled to Shanghai because she sent my father a photo for his passport or for a visa for Shanghai to the Dachau concentration camp. If he had had a visa, he would have been released. He signed the photo and sent it back.

On 23rd or 24th December 1938, if I remember correctly, some prisoners tried to escape from Dachau. A prolonged roll call followed until they had captured the escapees.

It was cold and my father contracted pneumonia. He died as a result of it on 2nd January 1939. We received notification from the concentration camp, saying that my father had died and asking whether we wanted to bury him in Vienna. We did want to bury my father in Vienna and his body was returned to us in a zinc coffin. We had to pay for its transport to Vienna. We buried my father at the Central Cemetery in his brother Josef’s grave. I still clearly remember the funeral.” 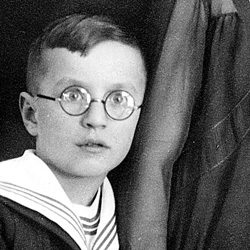 Read here on the Centropa website the complete biography of Paul Rona. 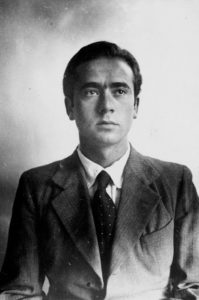 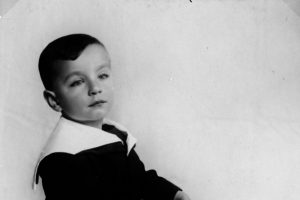 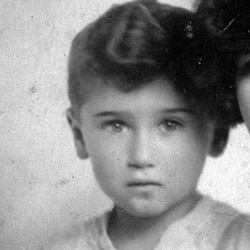 Kurt Brodmann was fifteen years old at the time of the November pogroms. Here he describes his memories of how his mother gave away her ticket to safe Shanghai in order to to take care of his grandfather.