„Consider yourself lucky to get that; others get nothing at all“

„For our condominium, including all the furniture, we got 200 marks from some Nazi. My mother was crying and said that the furniture alone was worth many times that amount. ‘Consider yourself lucky to get that; others get nothing at all,’ the Nazi replied. After we had sold our apartment we headed to the train station and went to Cologne – we wanted to cross the border where Luxembourg, France and Germany meet.

„He actually always wanted to move to America, the Promised Land, but now we found ourselves escaping to Shanghai”

We had no particular destination. I was nine years old, my brother was seven. At the border, the officers told us, ‘We are not allowed to let you cross; we have our orders.’ What were we to do?

So we returned to Vienna and went to the Jewish community, since we no longer had an apartment. The Jewish community provided us with a small apartment on Robertgasse, in the 2nd district, close to the Urania. For a few months we lived there together with my grandfather’s widow, Aunt Marie, as we called her. She had also lost her apartment and was afraid of being alone – after all, she was already an elderly lady. After a few months my father learned in a coffee shop that one didn’t need an affidavit for Shanghai. He actually always wanted to move to America, the Promised Land, but now we found ourselves escaping to Shanghai.”

Erwin Landau with his brother Ernst on arrival in Shanghai

Time of the Interview: 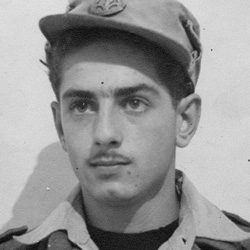 Readhere on the Centropa website the complete biography of Erwin Landau. 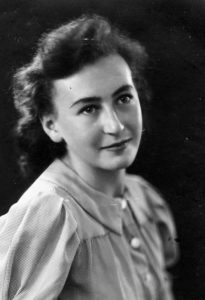 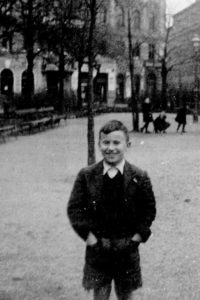 Paul Back reports on how he experienced the Nazi takeover in Austria when he was twelve years old.
Here you can read about how Paul initially found the Wehrmacht uniforms and marches very fascinating. 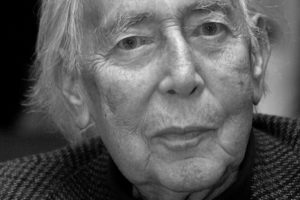